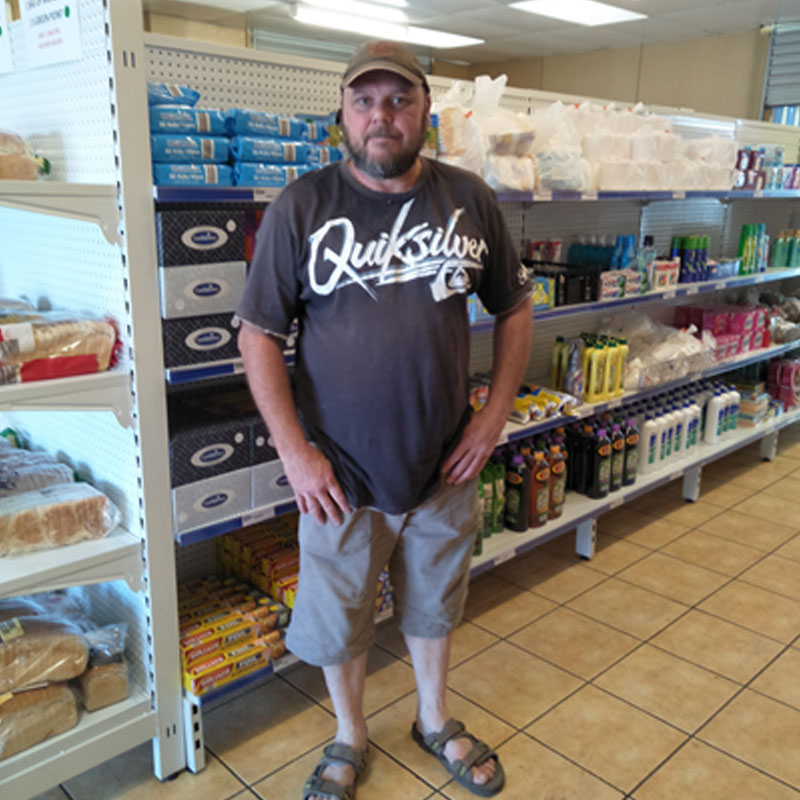 Reece is a single dad with two daughters. He began visiting Geelong Food Relief Centre North Geelong in 2017 when he gave up work to look after his two daughters. With a background as chef Reece knows the importance of making sure his girls eat a well balanced diet. He finds the items at GFRC great as he can make some delicious meals. He also loves how the volunteers have always got time for a friendly chat. 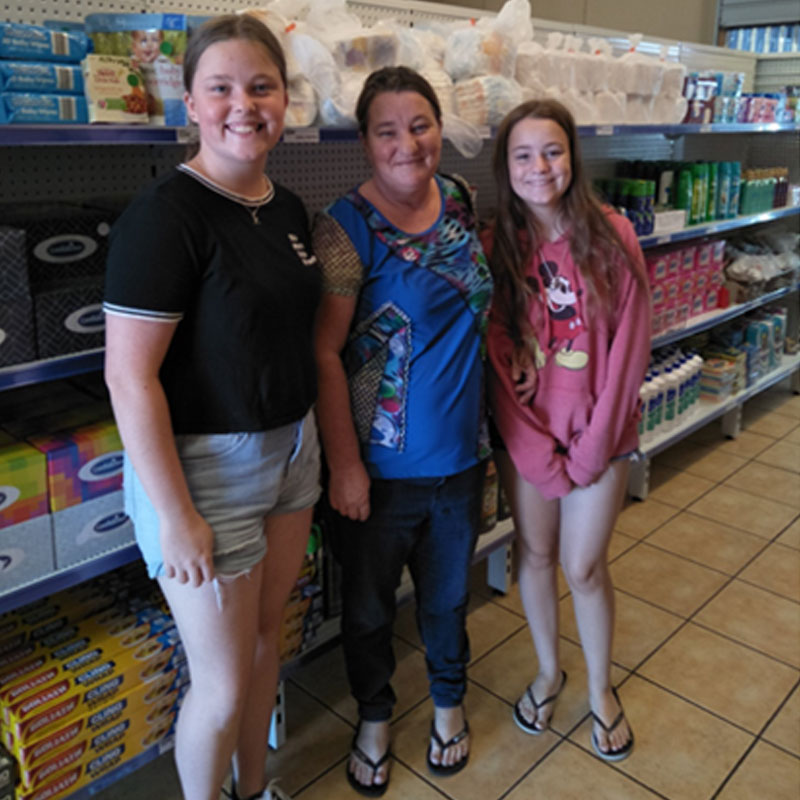 Ann Maree is a 48 year old mother with two children. She began visiting Geelong Food Relief Centre three years ago due to personal reasons.
With bringing up two girls on her own, she found it extremely difficult to make ends meet to the extent that she had very little in the cupboards to eat.
When Ann Maree first visited GFRC North Geelong she found that she could shop independently and it was like a supermarket. She loved that GFRC minimarts offer everything to cover her needs.
Ann Maree also found the volunteers weren’t judgemental and always smiling and going out of their way to assist. In Ann Maree’s words “Where would the Community be without GFRC.” 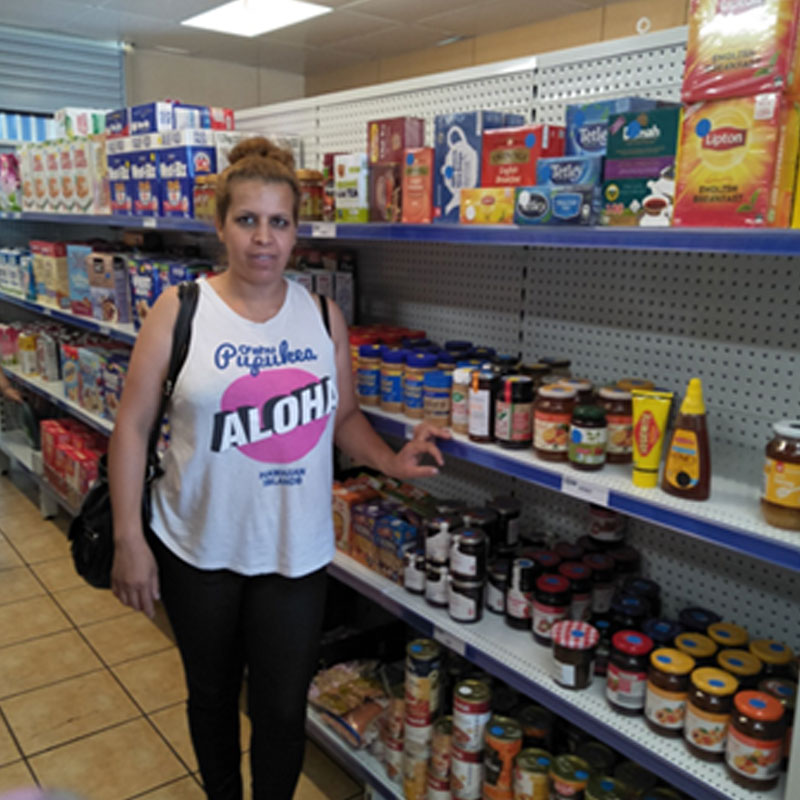 Hamed first visited Geelong Food Relief Centre in 2016. Hamed and her husband arrived from Iran with their two children in 2016. Together they are still trying to settle into their new way of life and her husband is working two days a week. The remaining three days her husband attends English class.
Being able to shop for groceries at GFRC has made the transition a lot less stressful for them because although they can pay their bills, there isn’t much left over for food. Hamed thinks the range of food is very good and caters for their needs. They enjoy coming into GFRC as the volunteers are always welcoming and smiling. 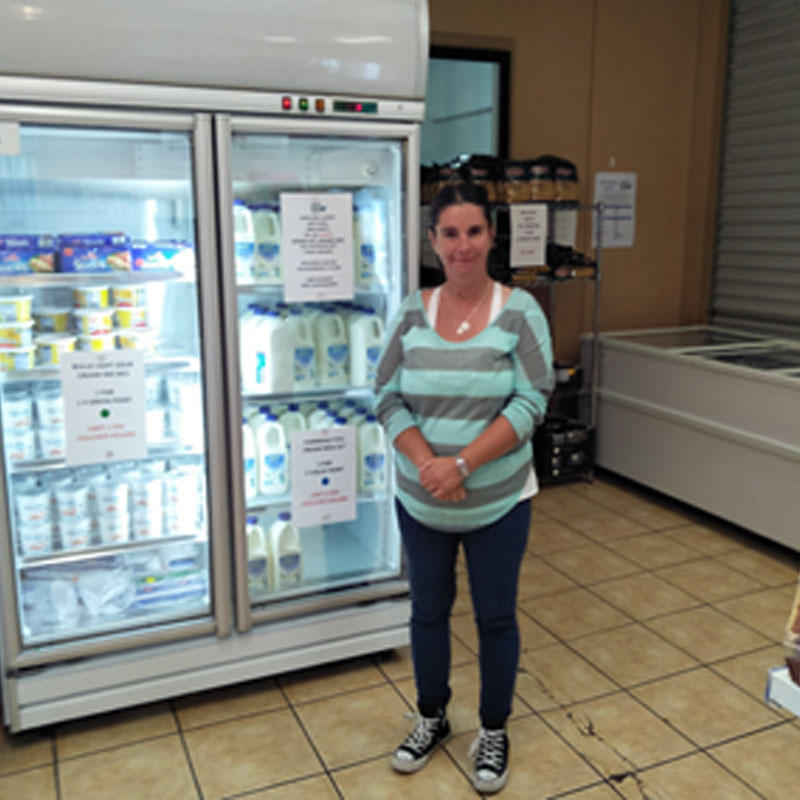 Kate is 36 and a single mother of five children.
Kate was a volunteer at Geelong Food Relief ten years ago.
She began visiting us in the middle of 2018 when sadly, her marriage broke down.
She is amazed how different it looks. More like a supermarket and the range of food is fantastic.
She loves the way GFRC helps people out and everyone is so friendly. 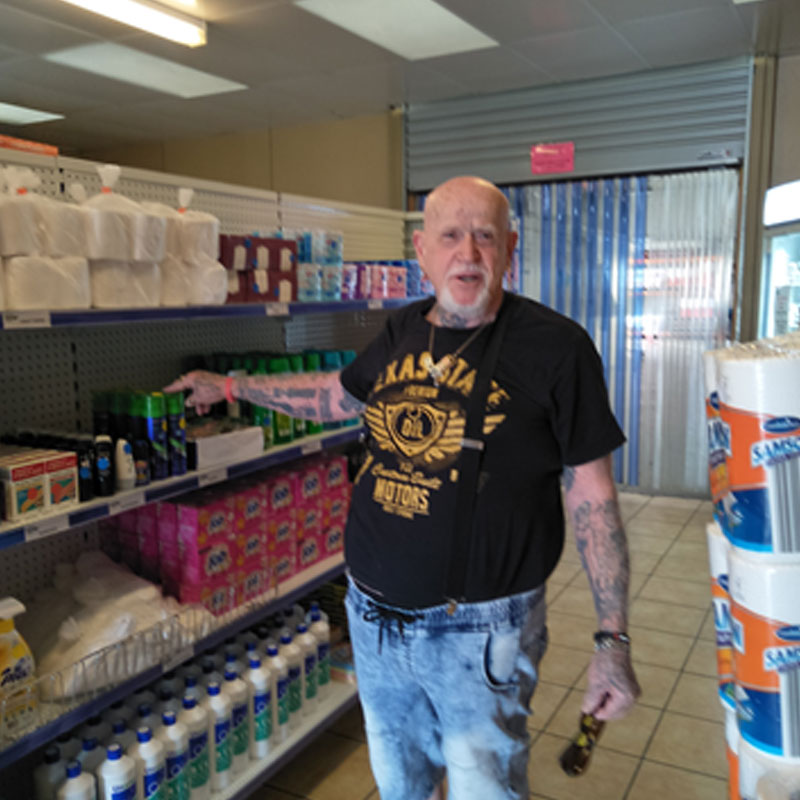 Kevin began coming to Geelong Food Relief Centre in mid 2018. Kevin currently cares for his wife who is unwell . Kevin also has a great sense of humour.
Kevin found he often ran short of food and needs to top up on a regular basis.
Kevin loves the range of products GFRC outlets stock and he is able to get everything he needs. He is also amazed by the variety of food GFRC stock. He can’t think of anything they don’t stock.
He loves the way the volunteers have so much respect for the customers and are more than happy to assist or just have a chat. 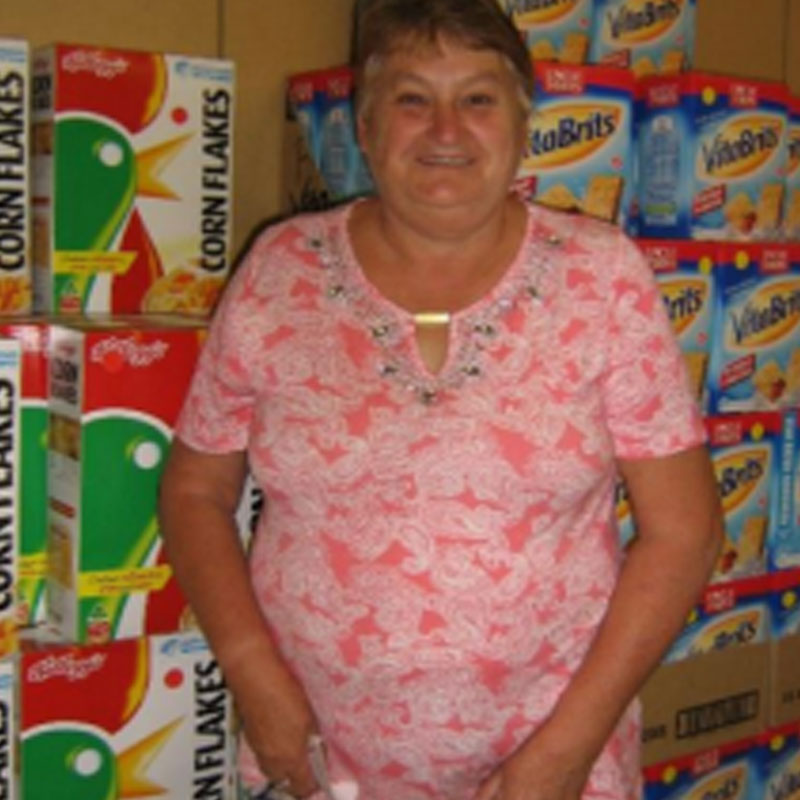 Cheryl is a 63-year old lady, who first visited the Geelong Food Relief Centre in 2010 when she was no longer able to work due to health reasons. Cheryl currently helps out at a local op-shop, and she feels that she does not have to worry about food when there are bills to be paid, thanks to the GFRC. Cheryl thinks that there is a ‘very good’ range of products available at the Geelong Food Relief Centre that can cater to the needs of everyone in a family. 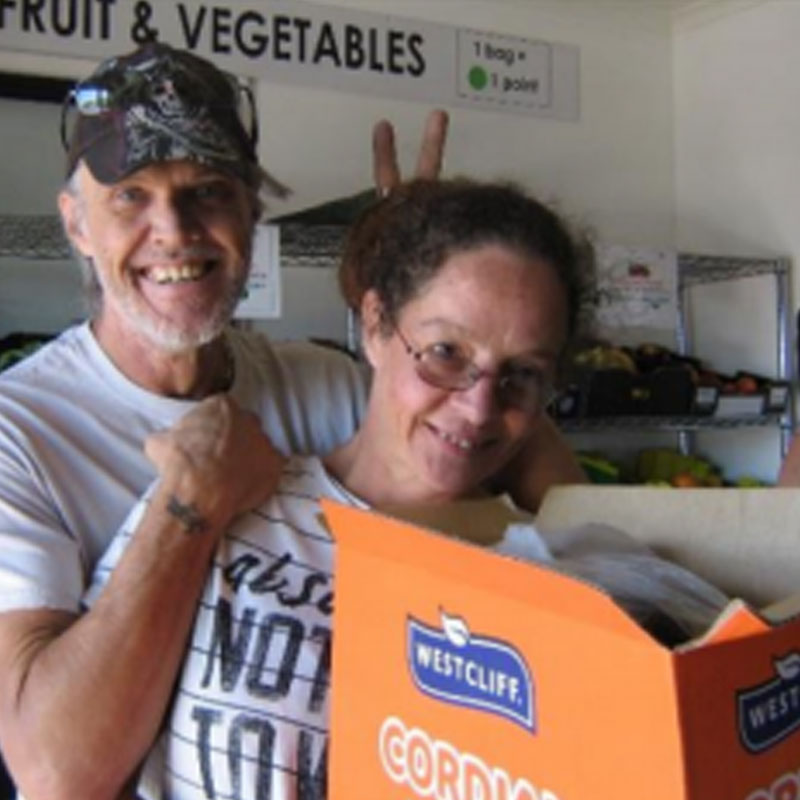 Rob is a 44 year old who lives with his partner, daughter and three dogs. He previously worked as a fire fighter, but was retrenched two months ago and this is when he visited the Geelong Food Relief Centre. Without the assistance of the GFRC Rob fells that he would have struggled to feed his family and dogs. He finds the staff to be very pleasant and says to ‘keep up the good work’ 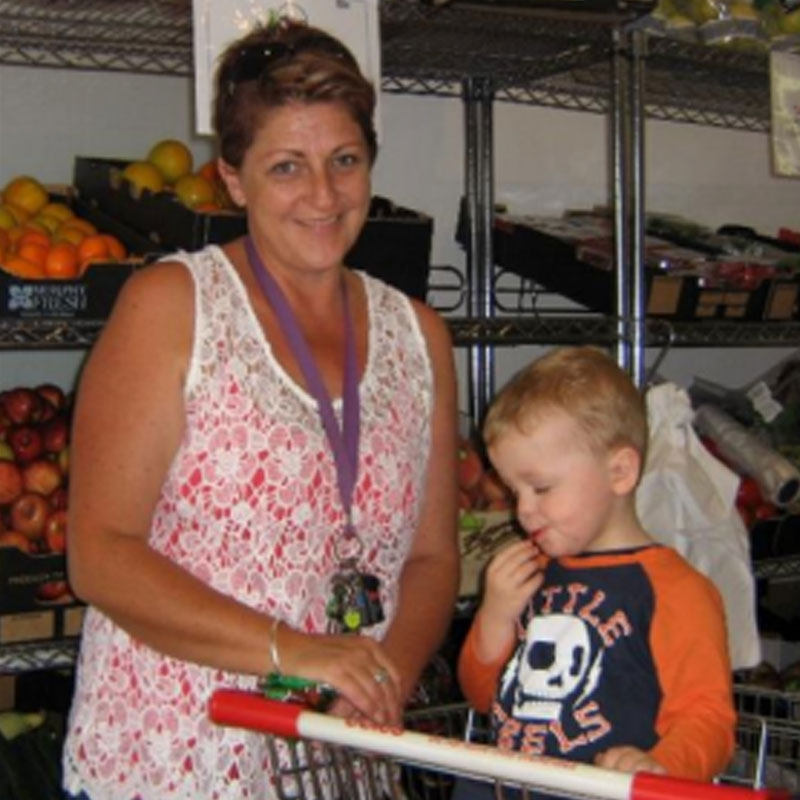 Simone is a 45 year old lady, who lives with her two sons aged 2 and 9. She has been visiting the Geelong Food Relief Centre for a number of years now, and said that was she ‘struggling’ to provide food for her family until then. Simone feels that the centre provides her with a sense of relief and thus enable her to take care of her boys. Furthermore, she also finds that the range of products are good, and the signs and layout of the North Geelong mini mart very useful.